Trial By Fire: 5 Fires That Ultimately Improved The World

When it comes to fire safety and construction regulations, it’s always best to set sky-high safety standards and hold your buildings to them. Unfortunately, modern civilizations are built on lessons learned the hard way. Most of our international building codes and city safety regulations exist because of tragic events that showed us how we shouldn’t build things.

Dozens of fires and natural disasters have ripped through our world’s greatest cities, leaving destruction – and eventually, new regulations – in their wake. But the following fires have had a huge impact on modern fire codes, especially in the cities they nearly destroyed. These five beastly blazes probably made it into your history textbooks, but you may not know how they laid the groundwork for the rules you must follow today.

Though they had high body counts, these five devastating fires also save modern lives every day, setting important precedents that help us understand, respect, and enforce each and every fire safety code. Thanks to their examples, we won’t let history repeat itself with lax construction standards or sub-par materials. 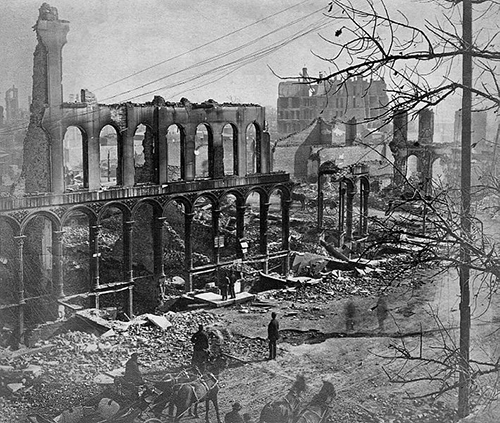 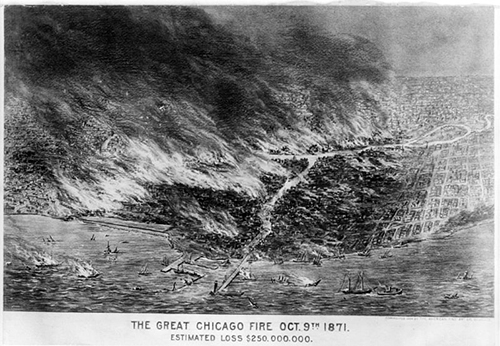 Perhaps the most famous fire to sweep an American city – and certainly the most infamous case of farm animal arson – the Great Chicago Fire claimed up to 300 lives in 1871. After starting in a barn on a particularly dry October night, the fire spread through the Windy City’s unregulated wooden structures and wreaked miles (and millions worth) of property damage.

The Great Chicago Fire was transformative for the city of Chicago, sparking political upheavals and restoration efforts that led to a population boom in the decades to come. Of course, it also changed the way we construct, insure, and regulate buildings – and not just in the city of Chicago. After the devastation of this historic event, City Council stepped up within a year to ban wooden building materials and require flame-resistant materials instead. 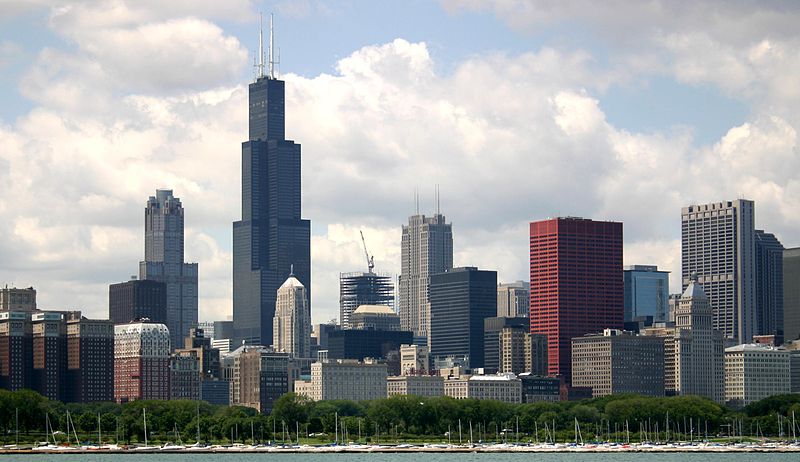 Those steel-frame skyscrapers that make up the Chicago skyline? An architectural outcome of the city’s first fire-resistant construction standards. As the iron industry experimented with ways to cut costs after millions in insurance payouts, they discovered ways to make fireproof iron columns and steel-frame buildings that could stand much taller and withstand much more heat, satisfying codes and clients alike. 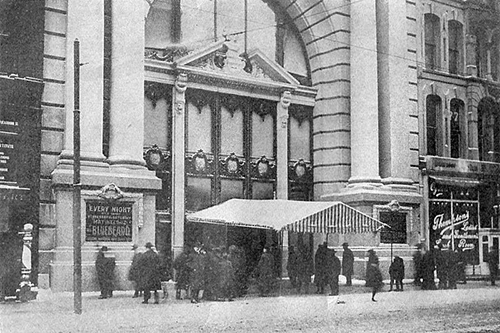 Just a few decades after the city’s Great Fire, Chicago suffered another fiery tragedy when the opulent Iroquois Theatre caught fire with 602 people trapped inside. These mass casualties inspired federal and state overhauls of codes that affect public spaces, and these codes continue to govern our theatres and other entertainment and hospitality venues to this day.

Like the “unsinkable” Titanic, the “fireproof” Iroquois Theatre proved to be anything but. Tragedy struck on December 30, 1903, when a stage light sparked and ignited a curtain during a packed performance of a play. Some exit doors opened inward, but the vast majority – 27 of 30 total exit doors – were blocked with curtains or locked with strange mechanisms. The audience panicked as many failed to escape, and nailed-off vents trapped the smoke and heat inside with them.

A short telling of the horrific event:

Hundreds of separate, preventable tragedies made this the deadliest fire in American history, killing 602 people in a gruesome and traumatic event. Today we can relate to the fear those theatergoers must have felt, but we also know their deaths weren’t in vain. After the fire, panic bars were introduced to make emergency exits more accessible, maximum seating capacities were enforced to prevent crushing crowds, ventilation standards were changed to prevent fireballs and smoke buildup, and numerous regulations were passed to ensure that buildings have clear pathways, clearly marked exits, and doors that are unlocked and easy to open. 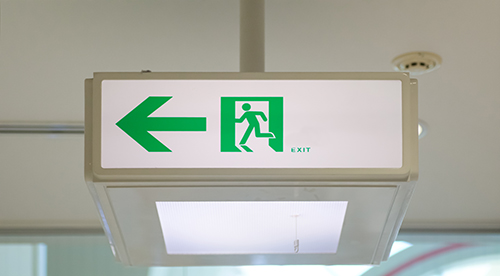 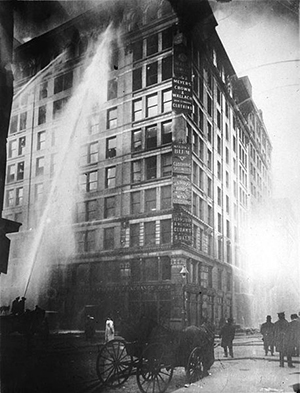 New York City followed in Chicago’s fiery footsteps a few years later with a preventable disaster in a factory. The Triangle Shirtwaist Company’s Manhattan factory occupied three floors of a 10-story building. Because metal window frames and stone floors were only required for buildings with 11 or more stories, the shirt factory didn’t have them. Meanwhile, factory workers tossed scrap fabric on the floor, accumulating thousands of pounds of rags every few months.

The factor owners locked their doors to prevent theft, a known risk that a fire insurance inspector identified two years before the fire occurred. The inspector also recommended fire drills through the factory’s narrow aisles and the removal of partitions between doors and elevators. As you might guess, the owners ignored the advice. Even the fire escape outside had a two-story drop-off, failing to deliver escapees safely to the ground below.

All of these elements converged to turn a single rag bin fire into a devastating, multi-story blaze one spring night in 1911. After the fire broke out on the 8th floor, workers alerted those on the 10th floor, but the middle floor succumbed to the flames with no easy escape route. One-hundred-forty-seven people lost their lives in the Triangle Shirtwaist Fire.

More on the Triangle Shirtwaiste Fire:

Another “fireproof” structure that succumbed to its own shortcomings, the Ohio State Penitentiary was under renovation in 1930 when a candle set it ablaze. A toxic combination of wooden scaffolding and leftover oily rags started the night time fire, but guards increased the death toll by refusing to let prisoners out of their cells. Though 50 prisoners escaped, heavy smoke prevented most from fleeing, and 320 of the jail’s 4,300 prisoners lost their lives.

The Columbus, Ohio tragedy could have been prevented with the proper disposal of oily rags, use of non-combustible construction materials, and better regulations about the treatment and housing of prisoners. If the candle that started the blaze had been properly protected, the prisoners lives’ would be been saved. However, the city learned from its mistakes and began to overhaul its prison and fire safety regulations immediately.

In fact, overcrowding concerns led to the establishment of the Ohio Parole Board the very next year. This Board oversaw the releases of thousands of prisoners, and the repeal of minimum sentencing laws that had inflated prison populations for non-violent offenses. Of course, modern-day correctional facilities now use more fire-resistant materials and diligently install and inspect fire detection systems. Smoke alarms, sprinklers, and noncombustible materials are now required in jails and prisons.

Scenes from the fire, including interior shots of the facility: 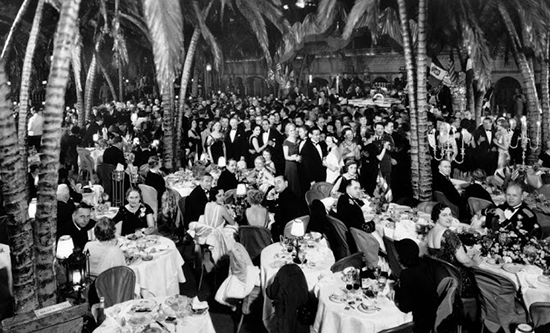 The last fire on our list is another great example of the importance of maximum capacity laws. Built in 1916, Cocoanut Grove was one of Boston’s hottest nightclubs, but the owners completely ignored fire safety standards inspired by the Triangle Shirtwaist Fire. Instead of providing safe exits and clear, unobstructed paths, they filled the space with false walls, locked doors, and narrow hallways before letting in more than 400 extra people.

Though 600 was the limit for Cocoanut Grove, more than 1000 people were there when a lit match came in contact with a piece of décor. Though the fire raged for only 12 minutes inside the nightclub, it killed 492 people and injured another 200 people, largely because of the lack of accessible exit doors. The main exit – a revolving door at the entrance – jammed almost immediately, causing up to 200 of the deaths that night.

Fortunately, other establishments paid attention to the tragedy at Cocoanut Grove. Businesses began to follow the national Fire Protection Association (NFPA)’s codes and improving their exits and exit paths. Three years after the disaster, the NFPA introduced changes to the Code that affected lighting, signs, loose chairs, stairway enclosures, and even the types of interior finishes that could be used in similar settings.

More on the specifics of why and how the fire happened:

It shouldn’t take a catastrophe to take fire codes seriously. Now that we know what happens when exits aren’t abundant and easily accessible – or when flammable trash or construction materials are exposed to open flames – we must all work together to prevent similar disasters in the future.

Invest in fire safety equipment that meets regulations and reduces your risks, and make sure you’re aware of the fire codes that affect your ventilation, layout, seating capacity, and more. Together, we can prevent this list from growing.